Designed by Nicklaus Design, the world’s acknowledged leader in golf course design, it delivers an enjoyable experience for golfers of all skill levels.

It boasts a great variety of holes, each taking advantage of the existing features so it fits seamlessly into the existing landscape. There will be plenty of room to play, greens will be gently contoured and the bunkers will be small.

Offering a truly memorable round of golf, this special course is as much fun for novices as for pros to play and will quickly become a must-visit for golfers.

Known worldwide as the ‘Golden Bear’, Jack is an 18-time major championship winner, including the Opens he won on Scottish soil, twice at St Andrews (1970 and 1978) and at Muirfield (1966). Jack’s love of Scotland is well-recognised and was acknowledged in 2005 when the Golden Bear became the only living non-UK national to feature on British currency.

His legacy as a player is equalled only by his reputation as a golf course designer. With over 435 courses in 46 countries on his resume, he has built one of the world’s leading golf design firms. 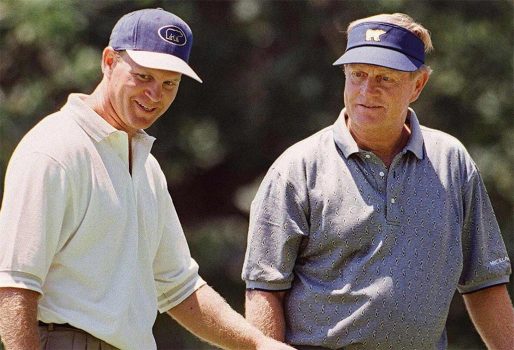 My overarching goal in designing this magnificent golf course is to deliver something that will create an enjoyable experience for golfers of all skill levels. This is against the backdrop of the beautiful Scottish countryside and the natural terrain Mother Nature provided me with.

From the first day I walked Ury Estate, I was impressed with the stunning natural landscape. This affords a truly spectacular panorama of the rich Aberdeenshire countryside, stretching all the way to the sea. I wanted to design a course that blended in naturally with this and to offer a truly memorable round of golf, as much fun for novices as for pros to play, with challenge, beauty and drama present throughout.

Scotland holds a very special place in my heart and I have always enjoyed a special relationship with its people, who have generously embraced me. All three of my Open championship wins occurred in Scotland and some of my favourite golf courses are here. To have this opportunity to create something truly special at Ury Estate is both an honour and a great responsibility. I hope that the golf course we have created will provide a great experience for golfers well beyond my lifetime.

Nicklaus-designed golf courses have hosted a total of 292 PGA Tour competitions, 59 Major championships and a combined six Ryder and Presidents Cups, outlining the quality on offer in terms of Golf Courses designed by The Golden Bear. Like those that have preceded it, Ury Estate  is set to be a very challenging course well-suited for tournament play in due course.

If you would like to be among the first to hear about our incredible 18-hole golf course designed by world champion golfer Jack Nicklaus, please fill in your details below to be added to our mailing list.