The FM Group is delighted to announce that apartments in Dalnair Castle, one of Scotland’s most exclusive castles, and luxury homes in the Estate grounds surrounding it have now sold out.

Dalnair Castle and Estate are located outside the village of Croftamie near Drymen, just on the edge of world-renowned Loch Lomond & The Trossachs National Park.

The castle offers an exclusive range of ten luxury two and three-bed apartments, and includes a stunning penthouse. Its residents have the unique opportunity to live like a lord in a prestigious nineteenth century Scottish baronial mansion, even equipped with its own lift. 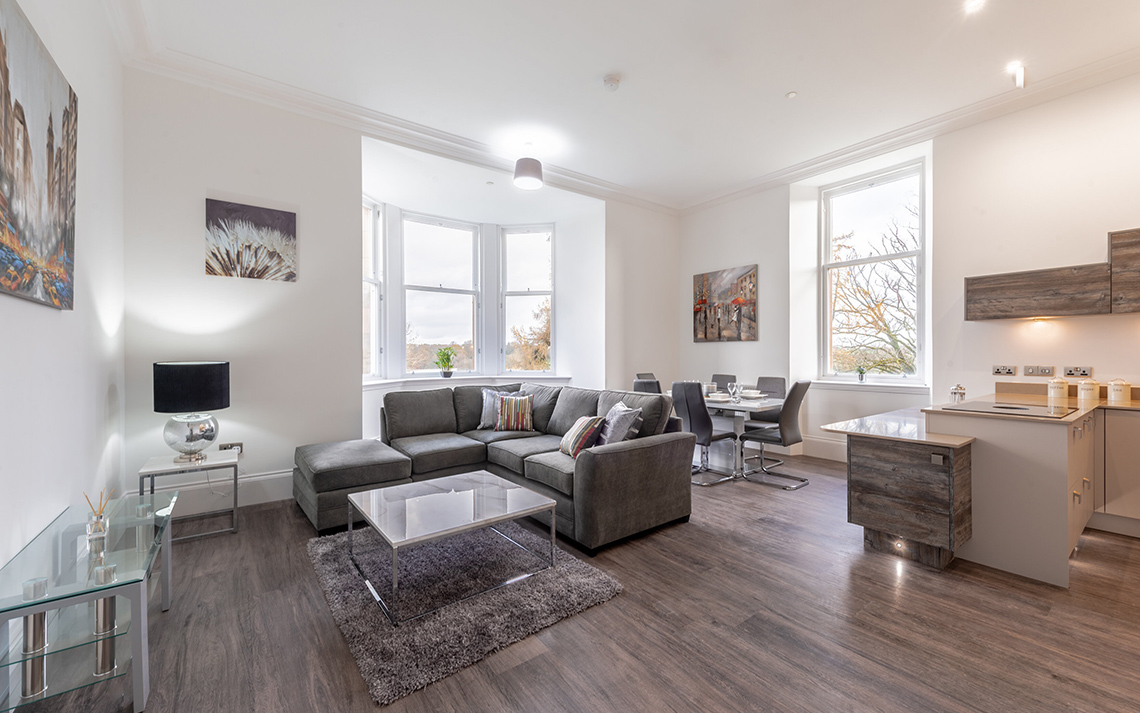 Dalnair Estate sits in established woodland, within an attractive parkland setting, and with stunning views over the Endrick Water.

In addition to its unique setting and quality specifications, residents can enjoy access to private grounds featuring a tennis court and extensive lawns and walks.

Its unique location offers the ideal living place for those in search of a quiet and peaceful setting surrounded by nature without giving up on accessibility, as both Glasgow and Stirling are within 25 minutes reach.

Several popular countryside paths within neighbouring Loch Lomond & The Trossachs National Park are also on hand and two golf courses can be found near the village, the 9-hole course at Strathendrick Golf Club and a beautiful parkland course at Buchanan Castle Golf Club. 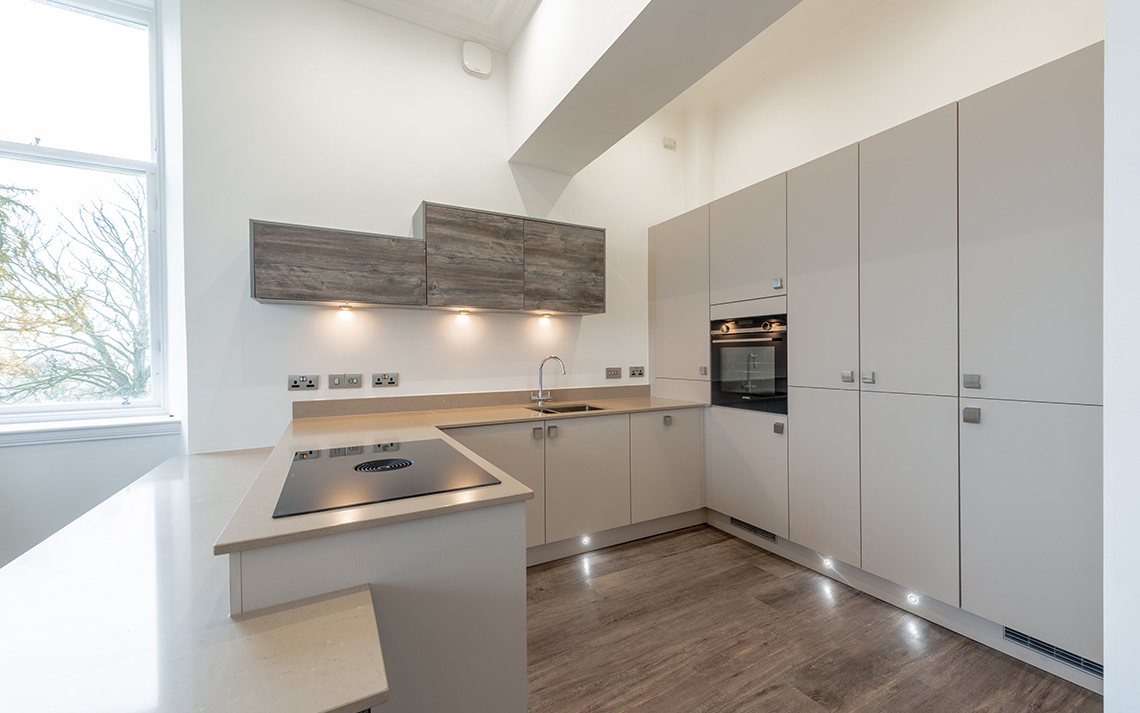 The small roads and tracks around the village of Croftamie are perfect for those who enjoy cycling and walking. National cycle route 7 passes through the centre of the village and the West Highland Way just outside.

“We are very proud to announce the sell-out of our luxury properties at Dalnair, both in the castle itself and the Estate grounds.

“This is a once-in-a-lifetime opportunity to live in a truly stunning location and the sell-out success of Dalnair pays testament to the fact that people are seeking rural quietness without giving up on accessibility to bigger cities.”

The castle was built by Glasgow merchant Thomas Brown around 1884 on the site of the former much smaller ‘Endrickbank House’ and survived a major fired that engulfed it in 1917. At the time of the fire the building belonged to Henry Christie, a calico printer, who owned it until the 1940’s.

The castle then passed into the hands of the Glasgow Western Hospital Board and it was used as a nurses’ home until 1972, when it became a training and conference centre for British Steel.  It then became a nursing home before becoming vacant and at risk of becoming a ruin.

About the FM Group

The FM Group is an award-winning property developer with a well-earned reputation for delivering unique, high-quality developments.

It was founded by Jonathon Milne in 1997 and started from small beginnings with the refurbishment of a single apartment in Edinburgh.

The FM Group has completed some remarkable projects in a variety of locations around the world, including the UK and the Caribbean. This includes delivering thousands of homes and millions of square feet of commercial oﬃces, leisure and retail space.

The FM Group is currently delivering high-quality homes in exclusive locations. This includes new-build apartment buildings, converted castles and other listed properties, as well as new villages and luxury resorts.

It invests in various business ventures and has a commitment to agriculture and the renewable energy sector.