One of Scotland’s most exclusive castles has been completed.

Located outside the village of Croftamie near Drymen, historic Dalnair Castle has an exclusive range of ten luxury two- and three-bed apartments, within the prestigious nineteenth century Scottish baronial mansion.

The castle forms the centrepiece of the prestigious Dalnair Estate and is set within acres of rural landscape, located on the edge of world-renowned Loch Lomond and The Trossachs National Park, with access to both Glasgow and Stirling within 25 minutes.

Apartments have ensuites to the master bedrooms and come with full double glazing, gas central heating, Brooklyn kitchens and visible appliances by Siemens. There is also access to an electric charging point for vehicles. 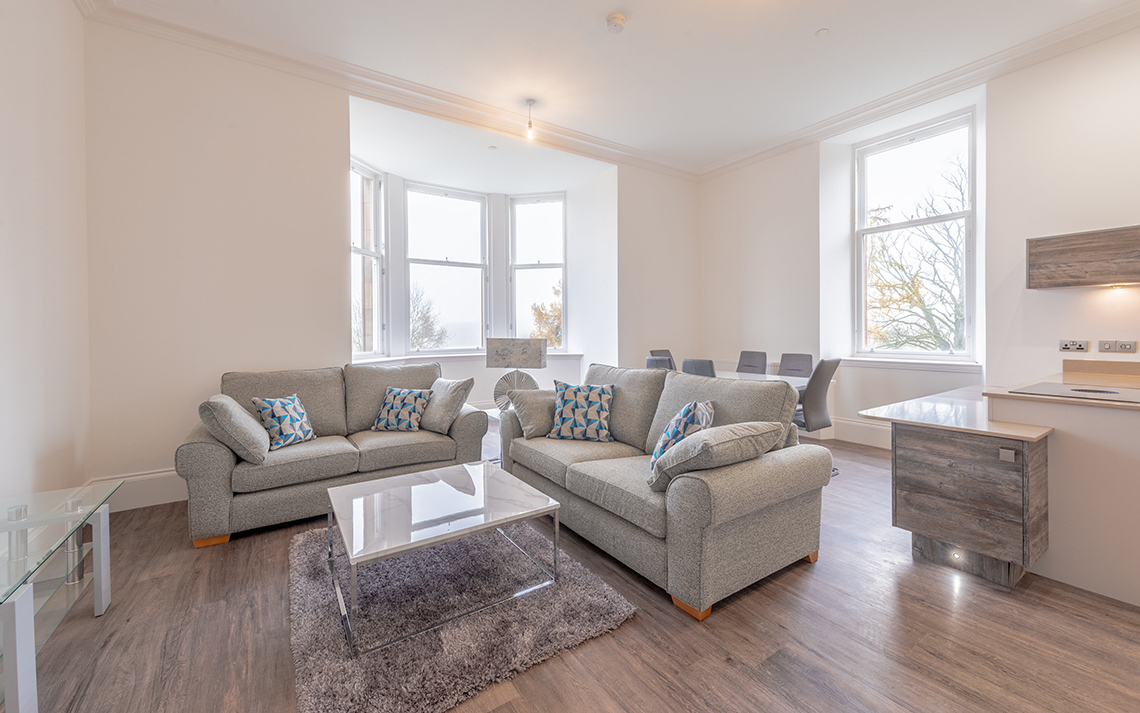 Since its purchase by FM Group in 2016, the castle has been refurbished to the highest standard through a £3.3 million investment programme, with only the highest quality products and materials used throughout the development.

Built in 1884 by Glasgow merchant, Thomas Brown, on the site of the former much smaller ‘Endrickbank House’, the castle boasts a striking tower and Tudor-arched doorway. It sits in established woodland within an attractive parkland setting with views over surrounding countryside and the Endrick.

In addition to its unique setting and quality specification, residents enjoy access to private grounds featuring a tennis court and extensive lawns and walks

The castle was built by Glasgow merchant Thomas Brown around 1884 on the site of the former much smaller ‘Endrickbank House’ and survived a major fired that engulfed it in 1917. At the time of the fire the building belonged to Henry Christie, a calico printer, who owned it until the 1940’s.

The castle then passed into the hands of the Glasgow Western Hospital Board and it was used as a nurses’ home until 1972, when it became a training and conference centre for British Steel.  It then became a nursing home before becoming vacant and at risk of becoming a ruin.